Space Is Open For Business: The Invention of the Cubesat and Low-Earth-Orbit Rocket 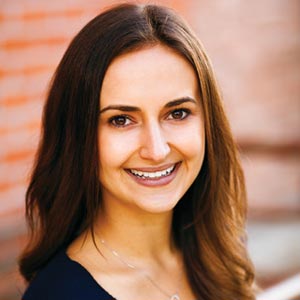 Not too a few years ago, it had been very challenging and expensive to launch and operate a satellite. That has changed dramatically over the past few years and now launching and operating a satellite is far easier and much less expensive – and people trends are expected to continue and accelerate. Thus, more governments, companies, organizations, and individuals will have access to space to pursue their governmental and commercial purposes. this alteration has happened thanks to two technological momentum drivers that have catalyzed the old space industry to where it's today. the primary is that the invention of the CubeSat, a 10x10x12cm cube, largely using commercial off the shelf (COTS) components, which has created a replacement sort of satellite form-factor that's a fraction of the dimensions and price of the satellites of the prior generation. The second is that the commercial development of the low-earth-orbit launch vehicle, which makes the launch of those new CubeSat satellites much easier and accessible and much less costly.

Before the CubeSat, the sole thanks to get an asset into space was via a huge school bus-sized satellite, operating during a geosynchronous orbit (GEO, 36,000 km), costing many dollars and years of effort to form. Years of Moore’s law has exponentially decreased the dimensions and price of satellites and increased the facility of the electronics in order that now companies can put COTS sensors on this tissue box-sized form-factor-the CubeSat, which may operate in Low-Earth Orbit (LEO, 500-1200km) and orbit the world every 90 minutes.

As an example of this trend, one company, Spire Global, now utilizes this new form-factor in LEO to place various sensors for maritime, aircraft, and weather monitoring and prediction. Spire has the most important constellation of general-purpose satellites in space, with over 80 CubeSats in LEO.

This new form-factor has assisted to lower the barrier of entry for space significantly. While this development was significant, it had been not sufficient on its own to urge to where we are today. Therefore, the second momentum driver within the space industry was the invention of the Low-Earth-Orbit rocket.

A huge bottleneck within the space industry was access to launch rockets. Before SpaceX, the sole American-made rocket was United Launch Alliance’s Atlas and Delta rockets. SpaceX disrupted the industry with the Falcon 9. However, all of those rockets are designed to send the varsity bus-sized satellites to GEO. This wasn't ideal for getting these tiny tissue-box sized satellites to LEO.

Therefore, the LEO rocket was invented, which carries smaller approximately 200kg payloads, compared to SpaceX’s Falcon9, which carries approximately 20,000 kg. For all of the apparent reasons, LEO rockets are much less costly and may be launched with increased frequency. This allowed space to be democratized further for people to raised access and put assets in space.

Beyond the physical act of launch itself, Rocket Lab has played a pivotal role in reshaping the way of launching and procuring spacecraft, specifically by government customers. Missions that previously would have taken 4 to five years can now are within the orbit in but 18 months, largely thanks to the streamlined procurement processes instigated by Rocket Lab. This has had an incredible impact on responsiveness and resiliency for little satellite customers, and it plays a task in maintaining U.S. space superiority.

For the primary time, rockets are available on-demand and expecting the payload to be ready for launch – that's not something the tiny satellite industry has ever had until Electron. Space is open for business.

The Future of Space Tech

Key Technologies that can Change the Future of Shipbuilding

All You Need to Know about IoT Enabled Maritime Fleet Management

Decision on Nord Stream 2 is yet to be taken.

Expert says Chinas hypersonic missile test will not cause any panic

Hei Rex, the asteroid has fallen: it's time to adapt! Quick guide to survive into the new age of Space Business

Home Automation for the Battlefield

Technology is the Future of Aviation Industry